When I was a kid growing up in southwest Iowa, whenever my family would go for a car ride, my brother and I would play a game that we called “My Windmill”. The game went like this… As we drove the countryside, we would scour the horizon as we crested every hill and the first to see a windmill yelled out “My Windmill”. Of course the windmills of the 1960’s were the water pumping variety. They were typically stationed near every country farm and provided the necessary well water supply for both human and livestock. 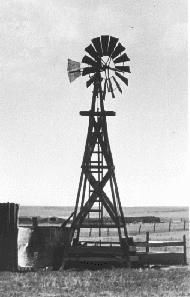 Today’s windmills are large turbines and are strategically placed in rural Iowa literally named Wind farms. According to Iowa Wind Energy Association, there are currently 3,198 utility scale wind turbines in operation with 100 wind projects online and producing energy. The wind energy in Iowa currently employs 6,000 to 7,000 in all wind related employment.  This ranks Iowa 3rd in the nation in employment related to the wind energy industry.

Iowa’s largest energy company, MidAmerican Energy announced on May 1st that they were investing another $900 million in a new wind development project potentially adding another 552 megawatts of wind energy to the state.

If you are driving across Interstate 80 west towards Nebraska or north on Interstate 35 towards Minnesota, you will see hundreds of wind turbines across the horizons.  Equally impressive is seeing these at night with their red lights blinking in sync to one another.

Love them or hate them, they are here to stay and they are certainly one of the big reasons Iowa is becoming favored for tech business by companies like Microsoft, Google and Facebook.

Move over bacon, there’s a new industry comin’ to town!