Some Highlights: Existing home sales have accelerated to the highest pace since February 2007 at an annual pace of 5.57 million. Inventory of homes for sale remains below the historically normal 6-month mark at a 4.6-month supply, down 5.8% year-over-year. Median home sales prices rose to $247,700, 4.8% higher than a year ago and replaced […]

The residential housing market has been hot. Home sales have bounced back solidly and are now at their second highest pace since February 2007. Demand has remained strong throughout the summer as many real estate professionals are reporting bidding wars with listings actually selling above listing price. What about your house? If your house hasn’t […] According to Bankrate’s latest Financial Security Index Poll, Americans who have money to set aside for the next 10 years would rather invest in real estate than any other type of investment. Bankrate asked Americans to answer the following question: “Which would be the best way to invest money you did not need for more […] If you are debating listing your house for sale this year, here is the #1 reason not to wait!  Buyer Demand Continues to Outpace the Supply of Homes For Sale The National Association of REALTORS’ (NAR) Chief Economist, Lawrence Yun recently commented on the inventory shortage: “With demand holding firm and homes selling even faster than […]

Just over a month ago, the United Kingdom decided to withdraw from the European Union in a decision commonly known as Brexit. At that time there was a lot of speculation on how that decision would impact the U.S. residential mortgage market. Today, we want to look at the impact of the first 30 days. […] Some Highlights: Interest Rates are still below historic numbers. 88% of property managers raised their rent in the last 12 months! Credit score requirements to be approved for a mortgage continue to fall. According to a Merrill Lynch study, “an estimated 4.2 million retirees moved into a new home last year alone.” Two-thirds of retirees say that they are likely to move at least once during retirement. As one participant in the study stated: “In retirement, you have the chance to live anywhere you want. Or you can just stay […]

The Consumer Price Index (CPI) was released by the Labor Department last week. An analysis by Market Watch revealed the cost of rent was 3.8% higher than a year ago for the second straight month in June. That’s the strongest yearly price gain since 2007. This coincides with a report released earlier this month in […]

Every three years, the Federal Reserve conducts a Survey of Consumer Finances in which they collect data across all economic and social groups. The latest survey, which includes data from 2010-2013, reports that a homeowner’s net worth is 36 times greater than that of a renter ($194,500 vs. $5,400). In a Forbes article, the National Association of Realtors’ (NAR) Chief Economist Lawrence Yun predicts that in […] 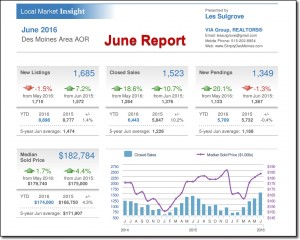